Nicaragua | A violent explosion of colour 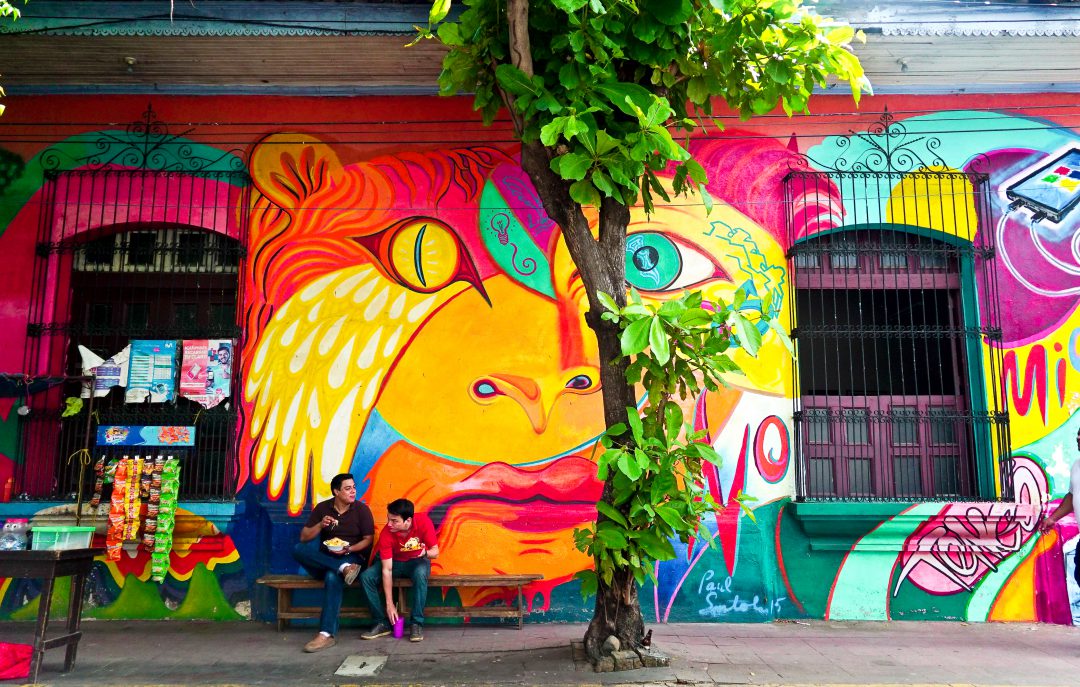 Boy, did we enjoy our trip last week. To me Nicaragua has been all about colour. Visiting Granada, Leon and finishing our trip with a couple of days chilling out on a private beach I was struck by the colourful houses in Granada, the political stories told on the walls of León and some of the best sunsets I’ve ever seen.

We have been living in Costa Rica now for three months. Before going back to rainy Holland we want to see more of Latin America. First stop: Nicaragua. Why? Well, it’s our neighbouring country, so it seemed a good place to start and the easiest country to drive to, especially since we were bringing Kaja.  And then there were of course the stories about beautiful beaches, great food, friendly people and even good roads.

First thing that struck us driving into the country after our border crossing was the seemingly endless amount of windmills. Even more than I usually see in Holland. The roads, we are happy to report really are good and the views of several volcanoes amazing. In less than two hours we arrived in Granada, which can best be described as a town that has grown old gracefully and wears lots of bright colours. All the stories were true and we fell in love with the place immediately.

Fun fact: Nicaragua is one of only three countries that did not participate in the Paris Climate Agreement. The U.S. have not signed up, neither has Syria due to its civil war. In the case of Nicaragua, they felt the agreement did not go far enough. Internationally they are known, for being a renewable energy hotspot. Nevertheless last news on the matter is that Nicaragua is now planning to sign up out solidarity with the other countries.

We started the next day with a very nice big breakfast at The Garden Café. Before strolling around the colourful and pretty streets.

After our hard work of keeping the streets of Granada clean we decided it was time for a drink at Selina. Their terrace looks out onto Catedral de Granada (the big yellow one). And since it was past noon and we were on holiday I decided to go for a Mojito while Nick stuck with beer. Unsurprisingly we stayed there most of the afternoon constantly telling ourselves ‘it was okay’ because we were on holiday. Merely out of guilt and because of this blog (so I really hope you are reading this mum!) we went out for more strolling, taking pictures late in the afternoon when things cooled down a bit. The highlight was climbing the bell tower of Iglesia La Merced, which provided amazing views over the city and out to Lake Nicaragua.

Nick’s thoughts on Nicaragua: Scorchio!!! It is hot in León. If you’re pasty and sweaty like me, be sure to bring enough skimpy clothes (at least one shirt per hour). Party!!! Granada is a great place to let it all hang out. Bring your dancing shoes and good vibes (at least one drink per hour).

I wish I had more exciting stories on Granada. But the fact is we just had a really good time wandering around the streets that are as beautiful as the guidebook promises only stopping for a drink here and there. It provided us with the perfect break from our already sunny life in Costa Rica.

Too much fun somehow led to headaches the morning after. Go figure! We had another big breakfast and I had my first Bloody Mary ever! After which we drove to León, which is about an hours drive north of Granada. 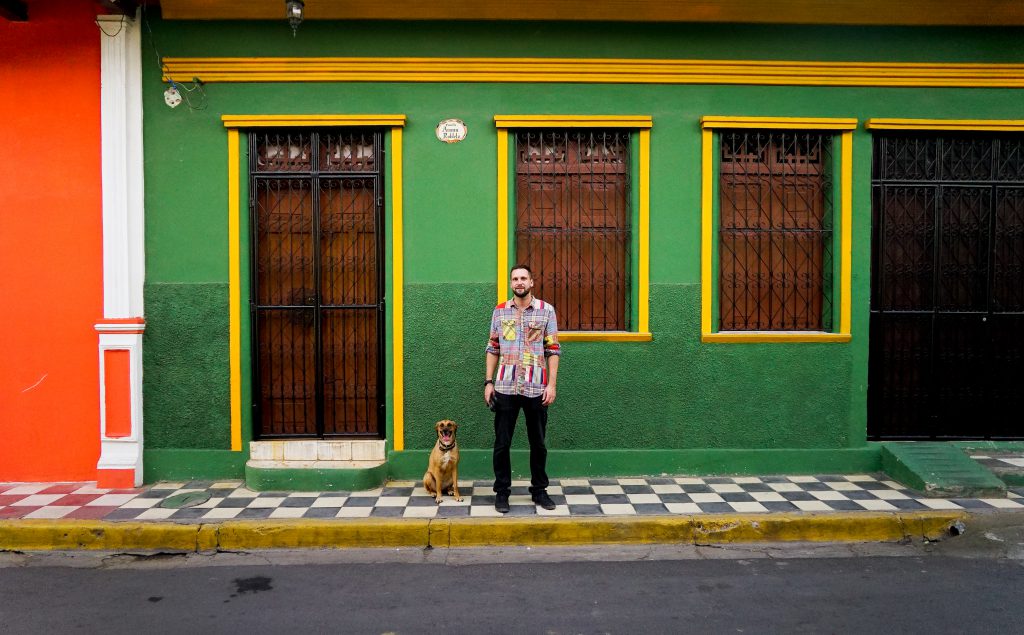 Nick & Kaja on the streets of Granada, Nicaragua.

Sadly enough we don’t have much to report on León. Yes, yes because of the hangover. But we can tell you this: there were a lot of Christmas festivities going on. Lots of big bright installations being built on the main square in front the Cathedral of León (the biggest cathedral in Central America) telling stories about the birth of baby Jesus. And León’s streets are definitely the bustling type, with music and food on every corner. It was a real treat being here if only for the night and Nick’s much desired steak dinner.

The next day we headed back down past Granada towards San Juan del Sur. We had booked ourselves some luxury at Punta Teonoste Eco Lodge to cool off from being in the hot cities. Poor little Kaja had so much fun running up and down the beach and occasionally away from a white Boxer that was desperately in love with her, that she strained her leg. Oh well, it wouldn’t be a proper holiday if we didn’t come back with some minor injuries, right? 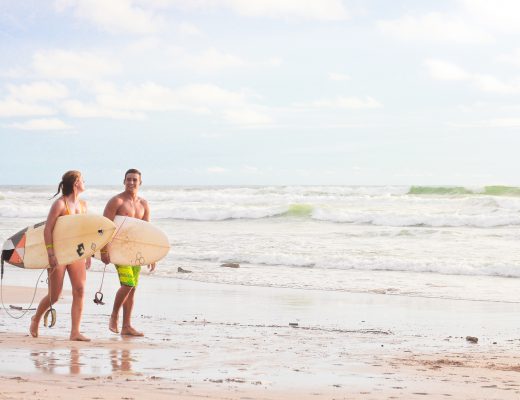