Ciudad Perdida | In search of The Lost City 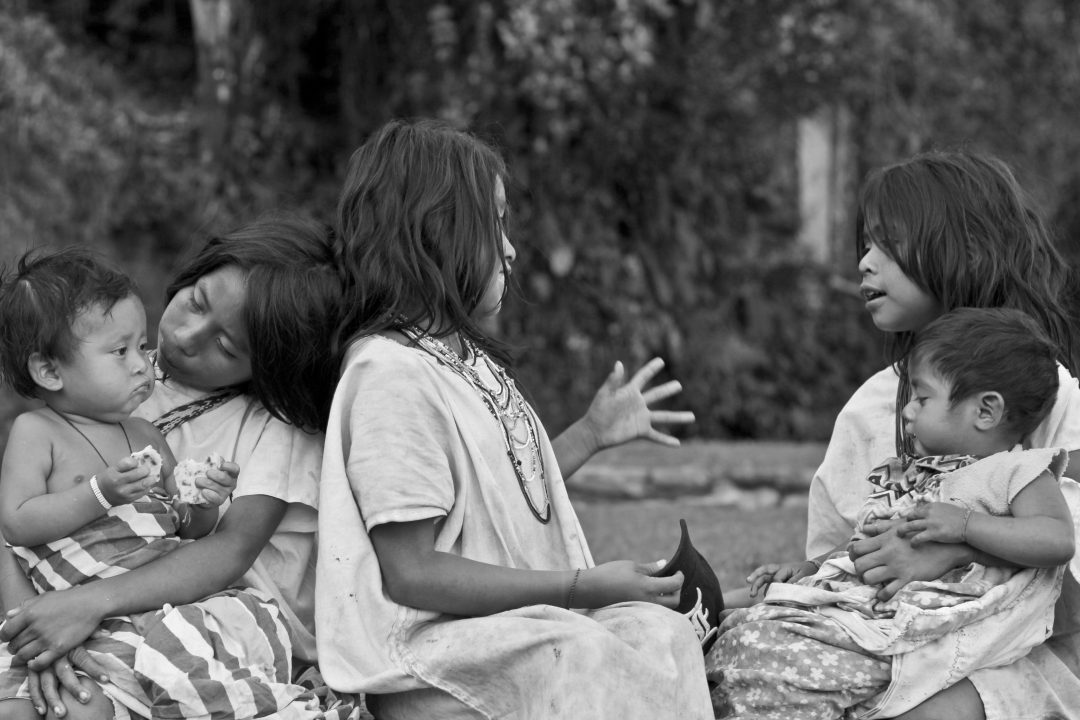 One of the big appeals for me to travel to Colombia was to walk the four-day Ciudad Perdida trek. Otherwise known as The Lost City trek. It is the sort of experience you have to be really up for. Read: heavy on the muscles, walking and sliding through mud, donkey shit, rocks, rivers, sleeping on open air bunk-beds, no hot showers, no privacy and lots and lots of mosquitoes. But the Ciudad Perdida trek was also filled with some of the best views I have ever seen over the Sierra Nevada Valley, meeting the Kogi people that have lived in the mountains for centuries  and an impressive rediscovered lost city. It was more than worth it. 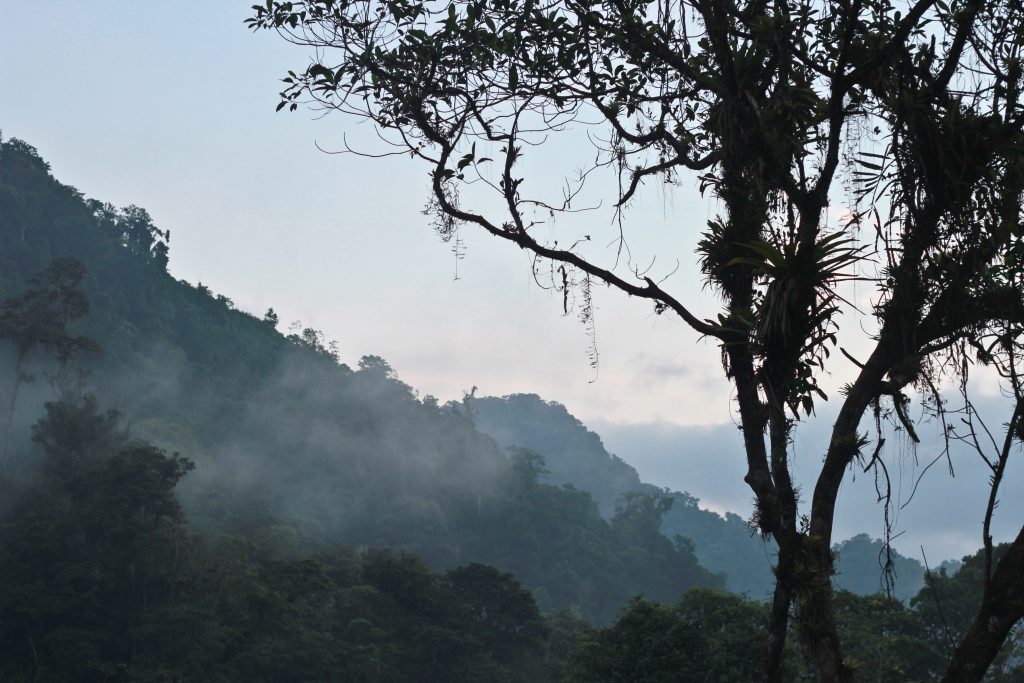 Misty early mornings in the Sierra Nevada Valley. We would wake up at 5.00, have breakfast at 5.30 and start walking at 6.00. 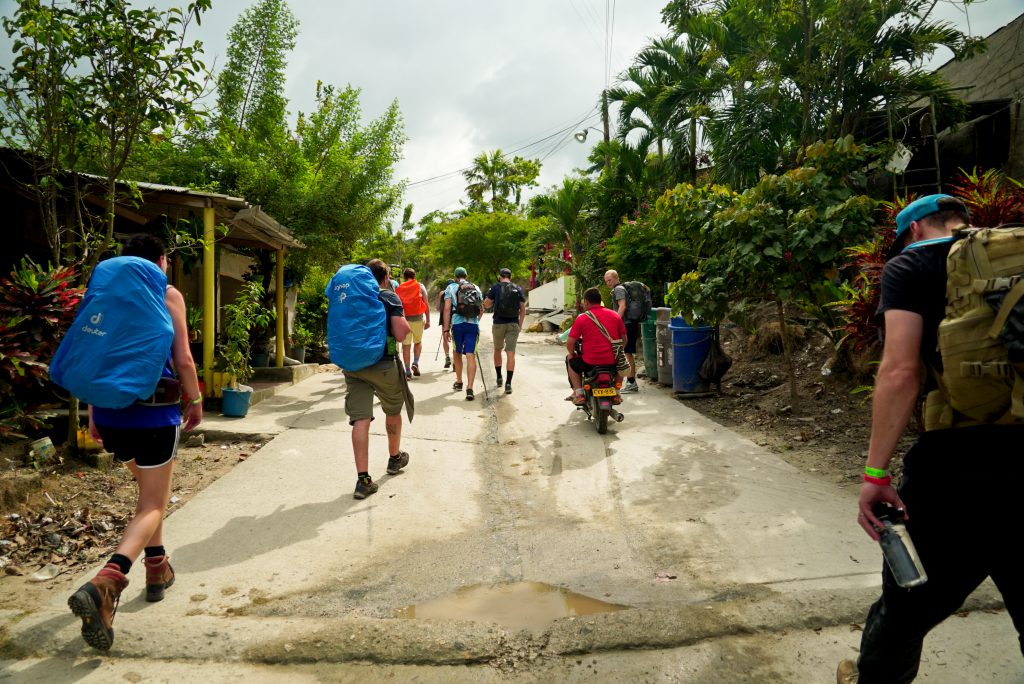 Our first steps to The Lost City as we set off from the nearest town. 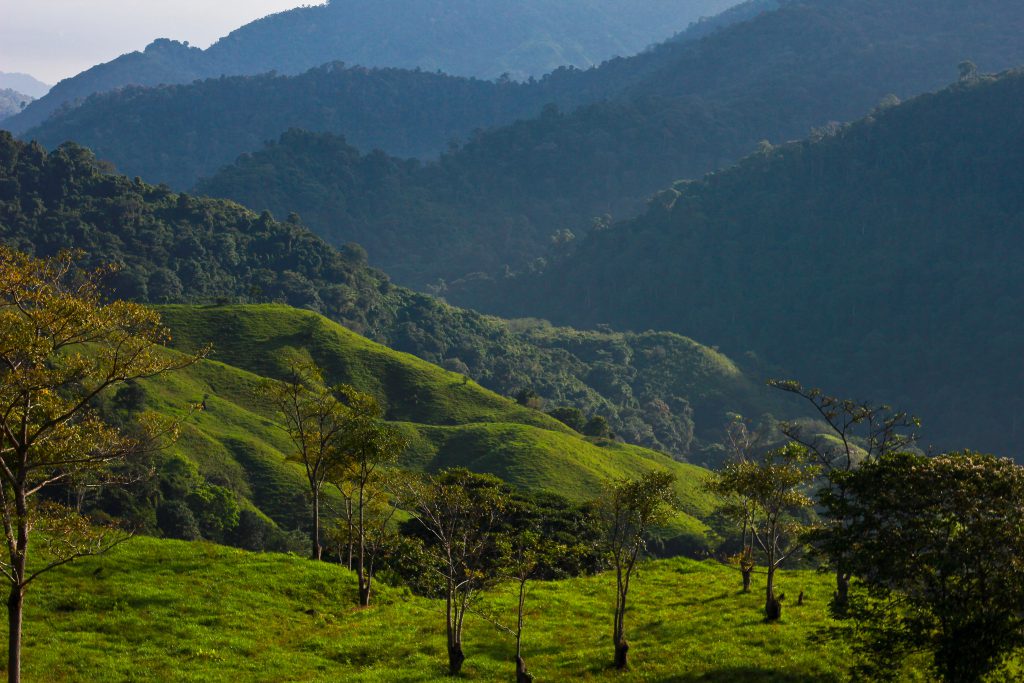 One of the many amazing views of the The Sierra Nevada Valley. 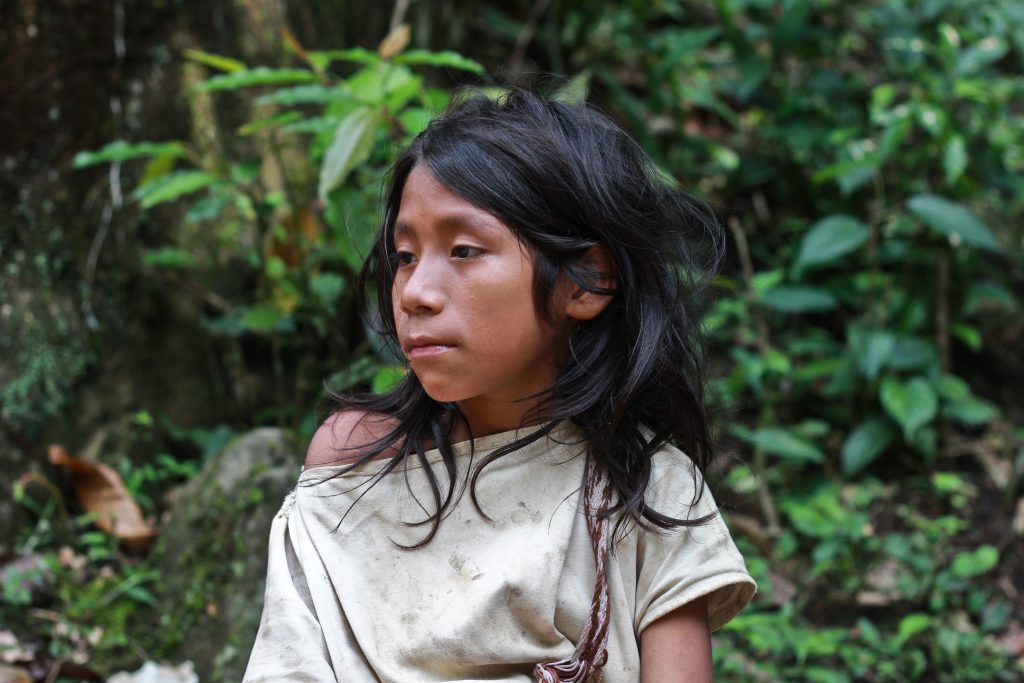 This is Andreas, the son of Santiago our guide. Barefooted and about fifty times quicker than any of us. He joined us on the second day to see his mother who he was going to meet at The Lost City. 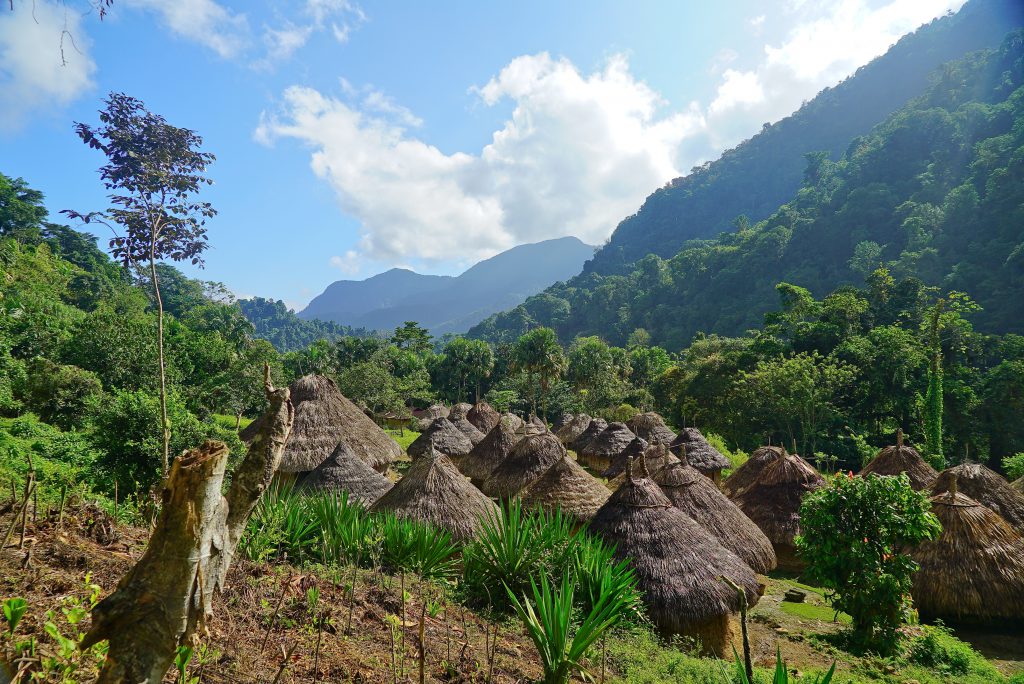 These are Kogi huts. Only inhabited and used by the Kogi people for ceremonies. 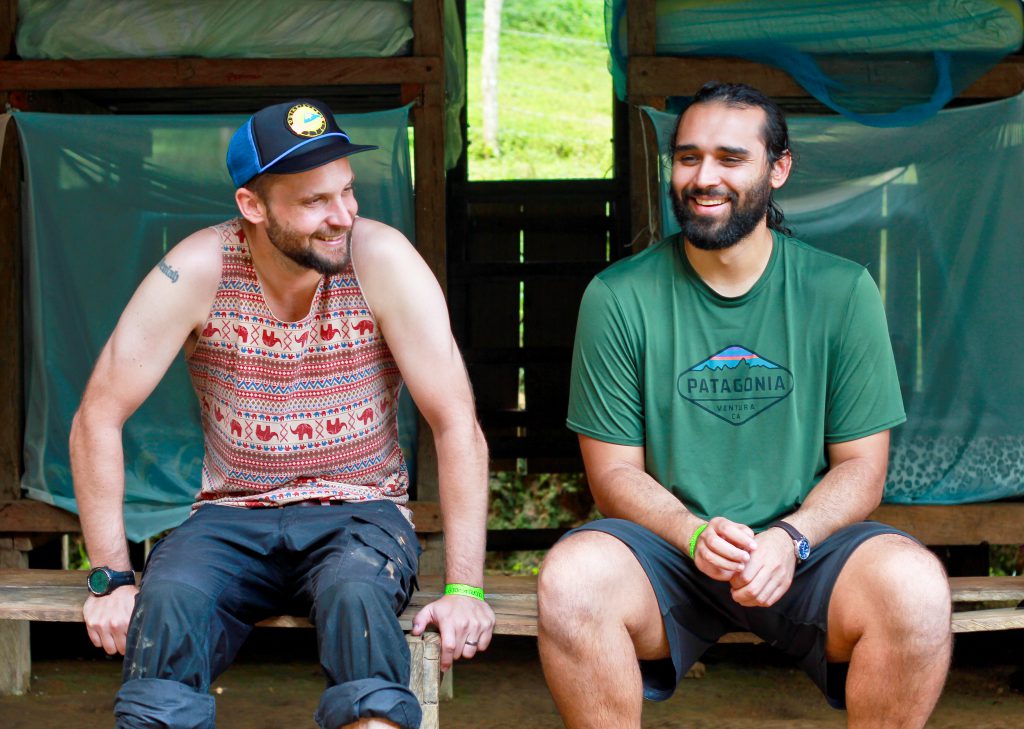 Nick being completely soaked in his own sweat (and a bit of rain) but happy to sit down. 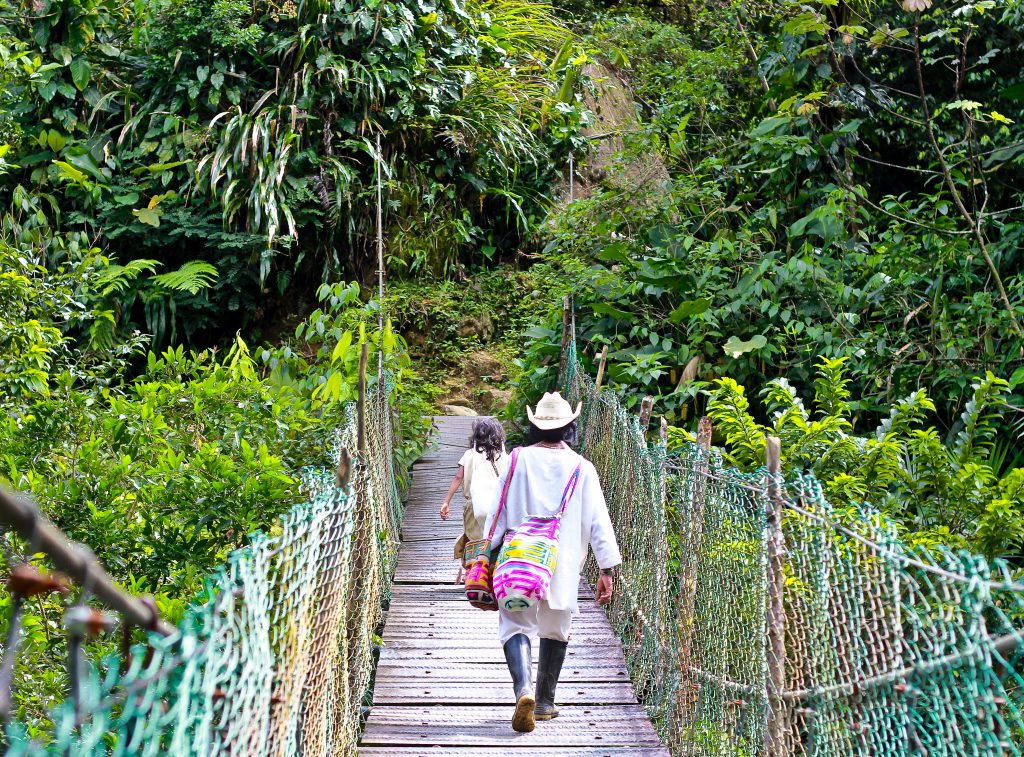 ‘Not more than two people on the bridge.’ 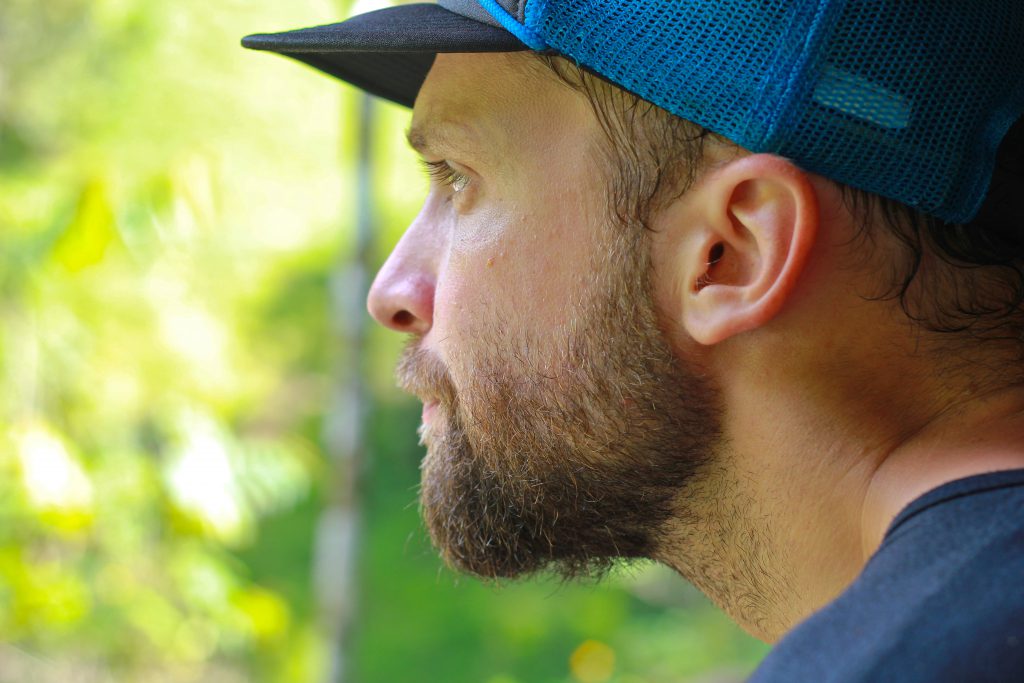 Nick looking out during our last break before ending our four days at the Ciudad Perdida. 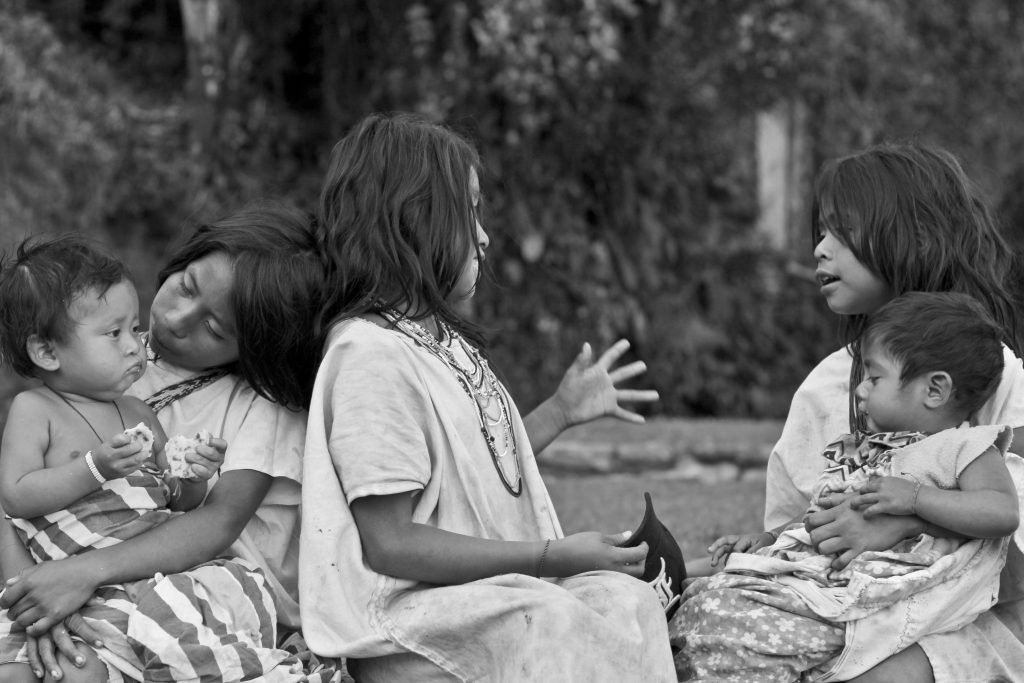 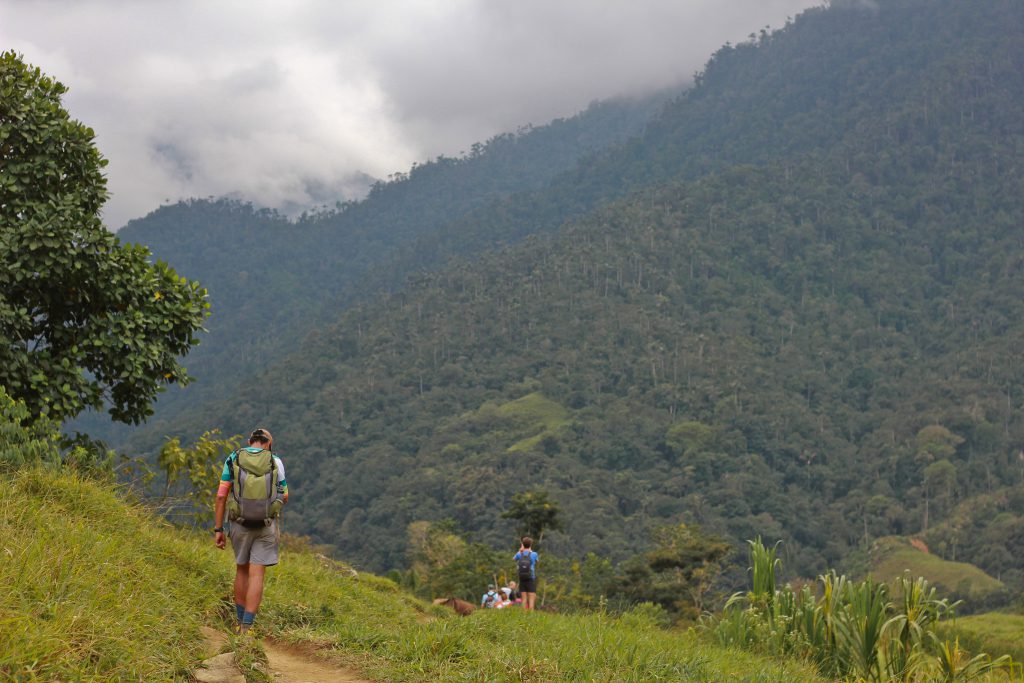 We were not the only ones walking the trek. Definitely not during high season. It didn’t make the views any less spectacular. 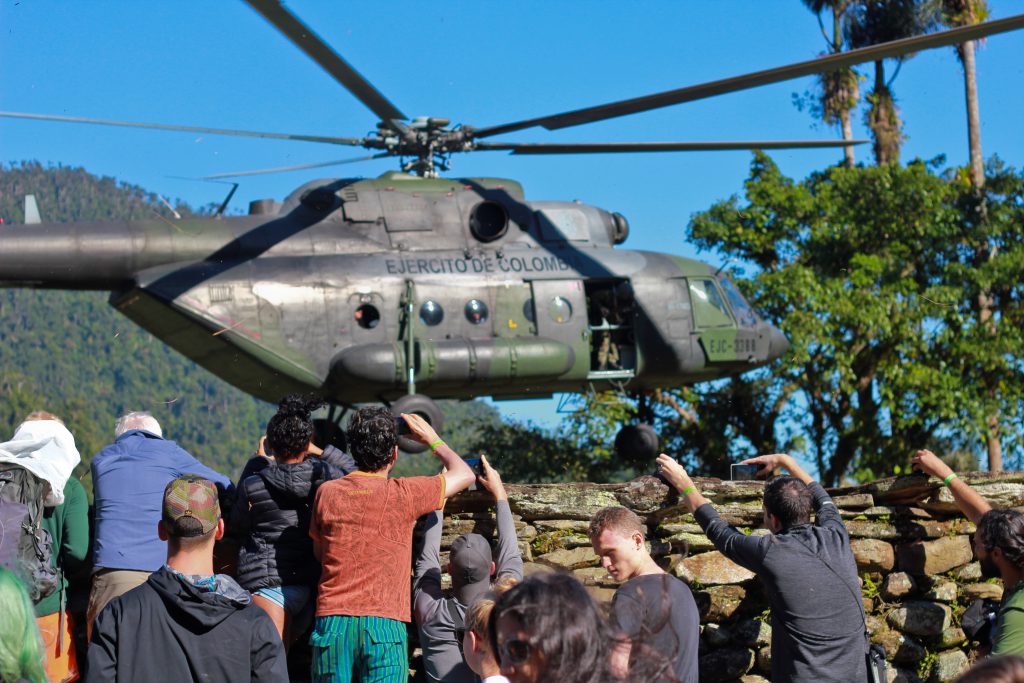 How surreal it was to see a helicopter use The Lost City as a helipad. Even more surreal were the reactions of the other visitors. 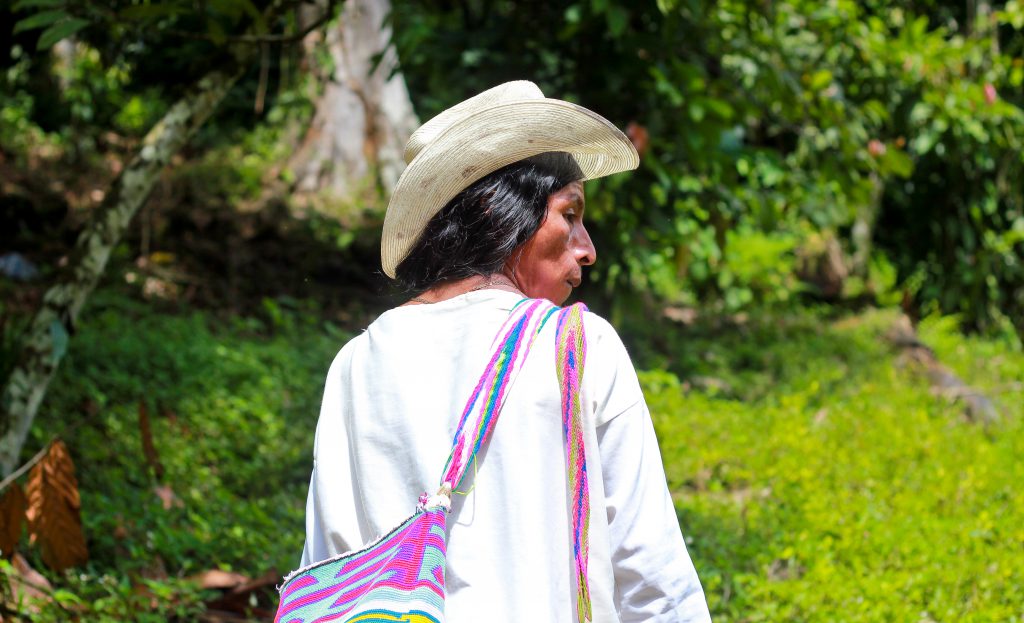 Our guide Santiago, leading us on. 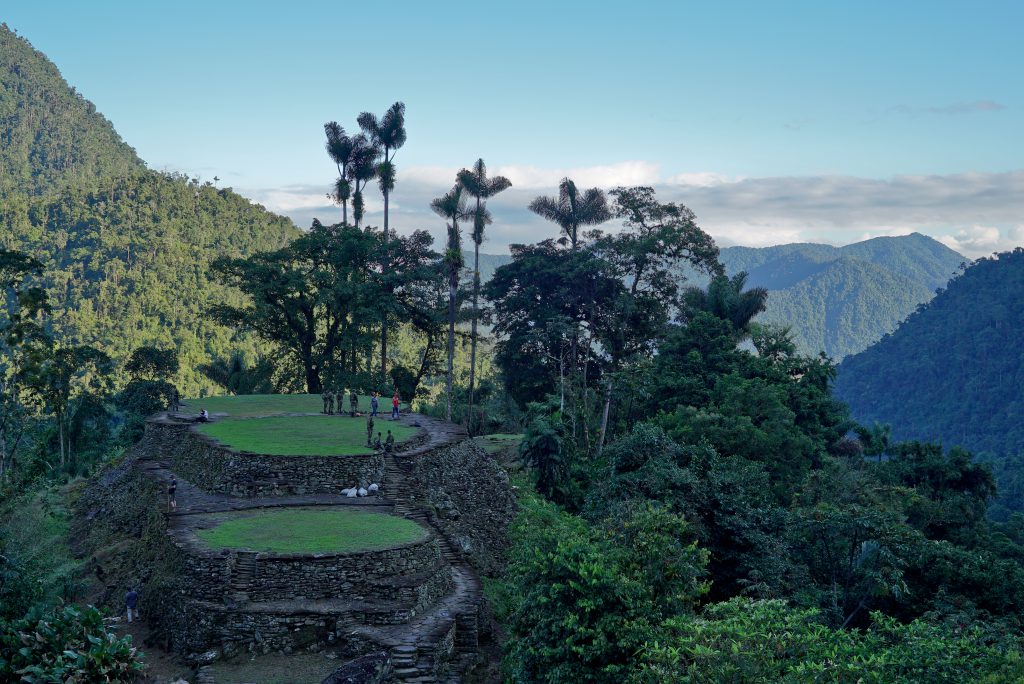 Finally we made it to The Lost City. I have not seen a picture that does it justice. Since it so much bigger than one might think. 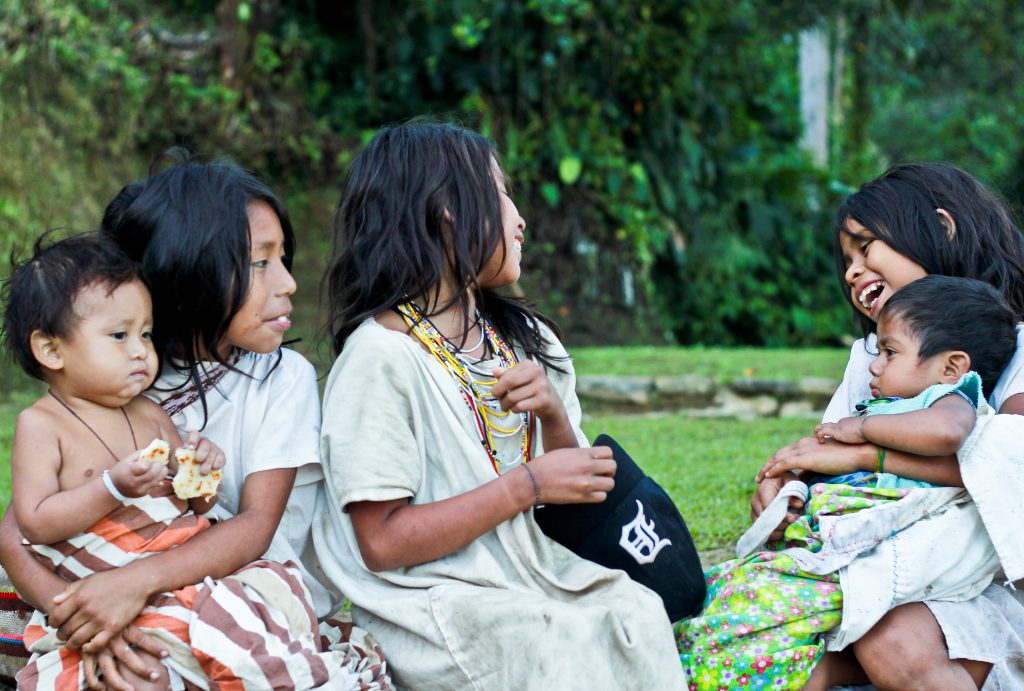 These Kogi kids luckily seemed totally unimpressed by us sweaty tourists and carried on as if we were not there. 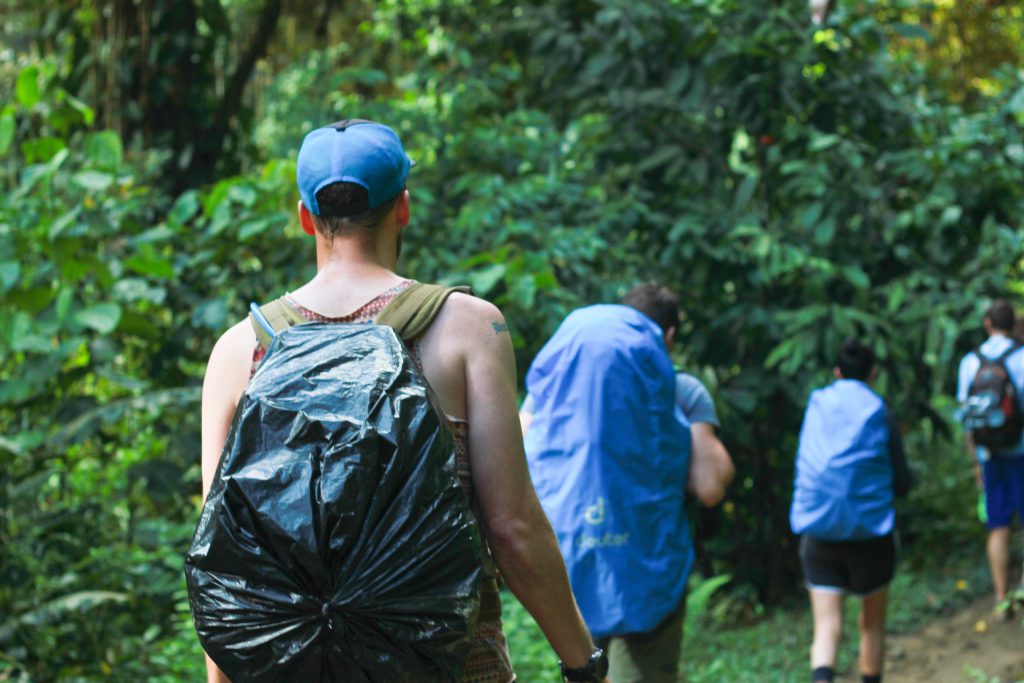 ‘Everything is going to get wet’. They were not lying about that one. Thankfully we were all handed a garbage bag. 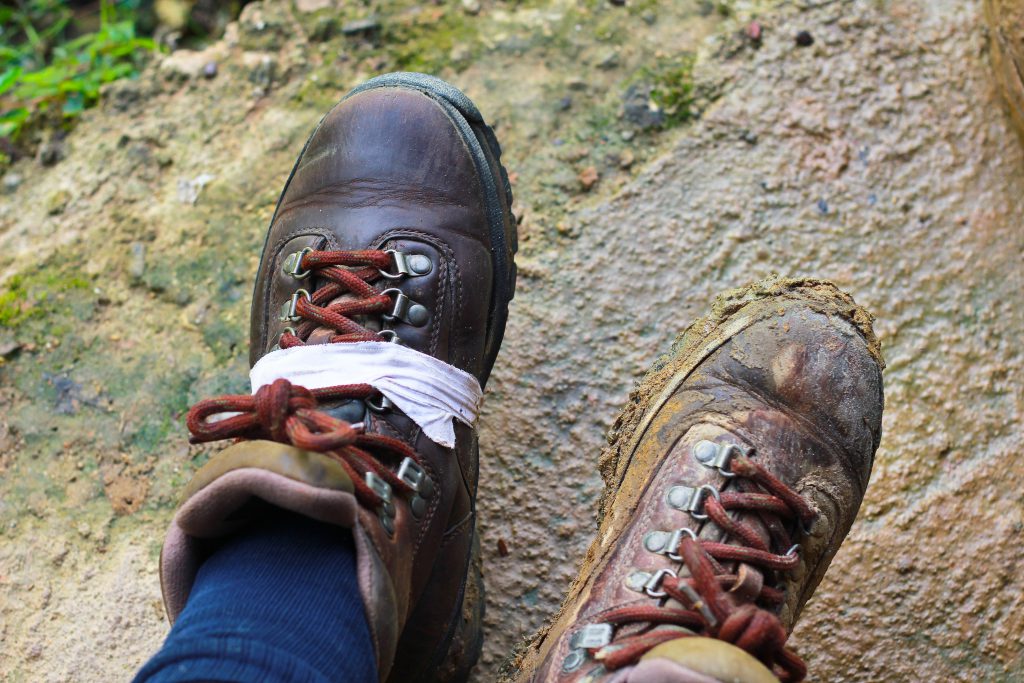 After thirteen years loyal service The Ciudad Perdida was a bridge too far for my boots. The sole came almost completely off on the third day. A sock and lots of tape did the trick. Sort of.

Nick’s thoughts: In my previous comments I talked about how sweaty I found each location, well nothing had quite prepared me for the Colombian jungle.

And so we came to an of our trip. Make sure to check out the video Nick made!

If you’re heading to Cartagena after the trek, check out our tips on where to eat and drink here.